Spiritual Souvenirs From The Kumano Kodo Trail: an unforgettable journey 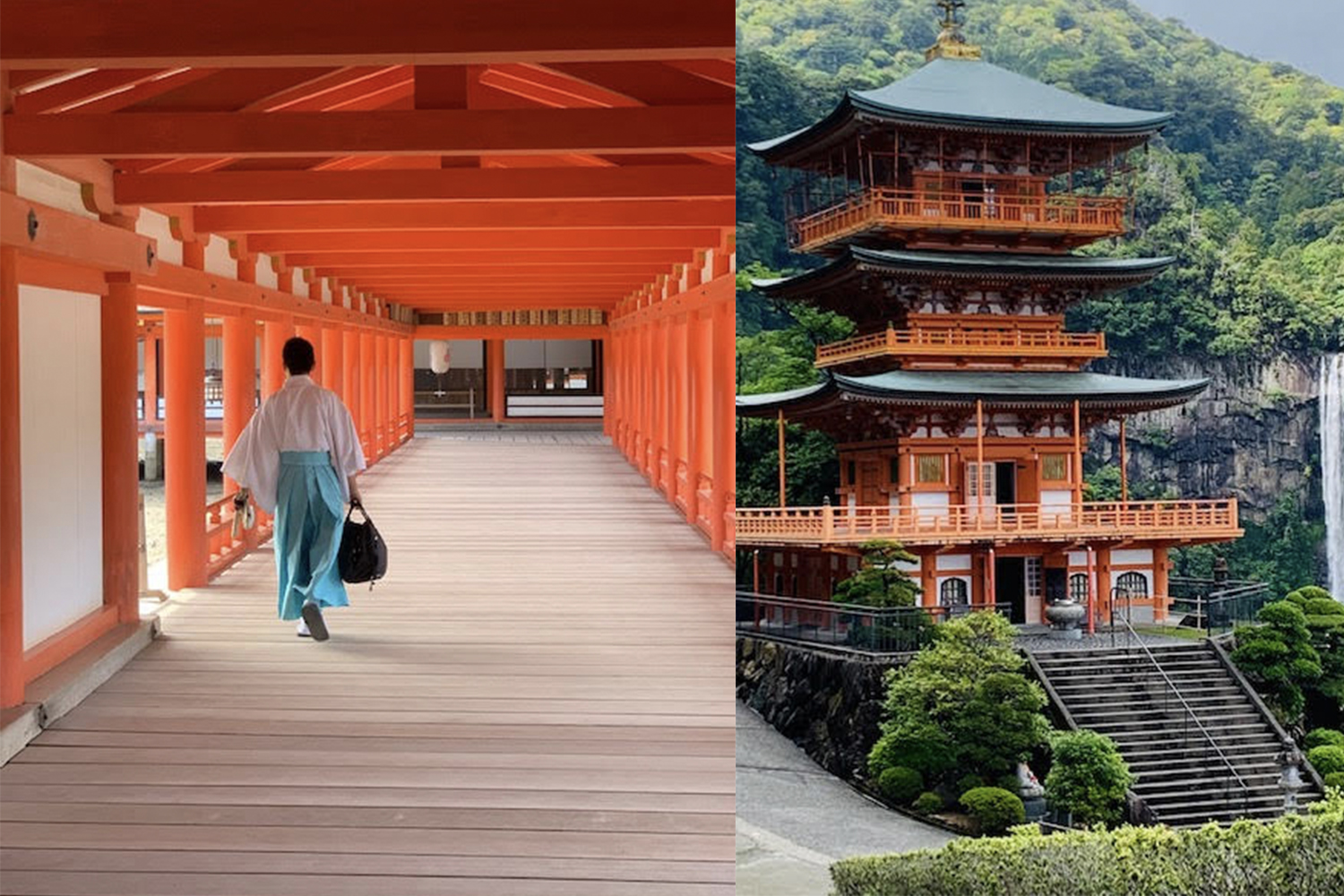 Last year I went on a mini spiritual pilgrimage to Japan to hike the Kumano Kodo pilgrimage trail. I had always wanted to take a spiritual pilgrimage, having hiked tiny snippets of the Way of St. James (Camino de Santiago) in Portugal and The Via Francigena in Tuscany.  This desire was sparked when, about eight years ago and newer in the travel industry, I attended ILTM, a luxury travel show in Cannes. While there I met a Japanese woman who described a Japanese wedding:  “the bride, dressed in white with a bright red parasol, stands under cherry blossom trees and the pink petals sift down around her.” So captivated was I by the image that I travelled to Japan shortly thereafter and have returned numerous times, sometimes spending one month.

Several years after my encounter with the Japanese woman, one of my partners in Japan with whom I work to design bespoke trips, called to tell me that he would be “out of pocket for a week, hiking the Kumano Kodo Trail.” I had never heard of the trail before and was instantly intrigued. I learned that one thousand years ago, Imperial pilgrims walked to the The Kumano Kodo Trail from Kyoto, for they were known for being sacred sites of healing and salvation.  Upon Rich’s return, he sent me a picture of Seiganto-ji Temple, the resplendent three-tiered pagoda that sits next to Nachi Waterfall, the tallest waterfall in Japan.  It also resides next to Nachi Taisha Grand Shrine. That image must have been implanted in my heart, because last year I hiked the Kumano Kodo Pilgrimage Trail, with my husband.

The Kumano trails are the ‘twin’ of Camino de Santiago, and both have been classified as UNESCO World Heritage Sites, the only two pilgrimage routes in the world that are.  We tackled the Nakahechi route, the most popular main 38-kilometre main route linking the three Grand Shrines of Kumano. Interestingly enough, two years prior to hiking Kumano my book group held a vision board planning day. One of the pictures I chose for my Look Book (my vision board is a book)I was of a woman in a kimono with a faint temple in the background.  I didn’t know it at the time, but after I returned from hiking the trail and gazed back over my Look Book I confirmed with surprise, delight and wonder that the faint temple in the background was indeed my beloved pièce de résistance of the trail:  Seiganto-Ji Temple. That three-tiered pagoda had become my lure.

I have always been very interested in the pre-trip process, which can be as “insightful as the trip itself” (review of Red Bandanna Travel Book quoted by E’Louise Ondash, The Coast News).  Before I take any trip I like to examine why I am drawn to a destination.  Figuring that out reveals much about ourselves and our world, and it makes the trip richer as well. As a non-hiker, I questioned why I should choose this endeavour when I could go anywhere in the world?  What was behind the attraction?  I knew I wanted to completely retreat from everyday life and strengthen my faith in listening and that I needed a pause to reflect, reconsider and recharge.  So I followed my heart, like running down a path to the sea. 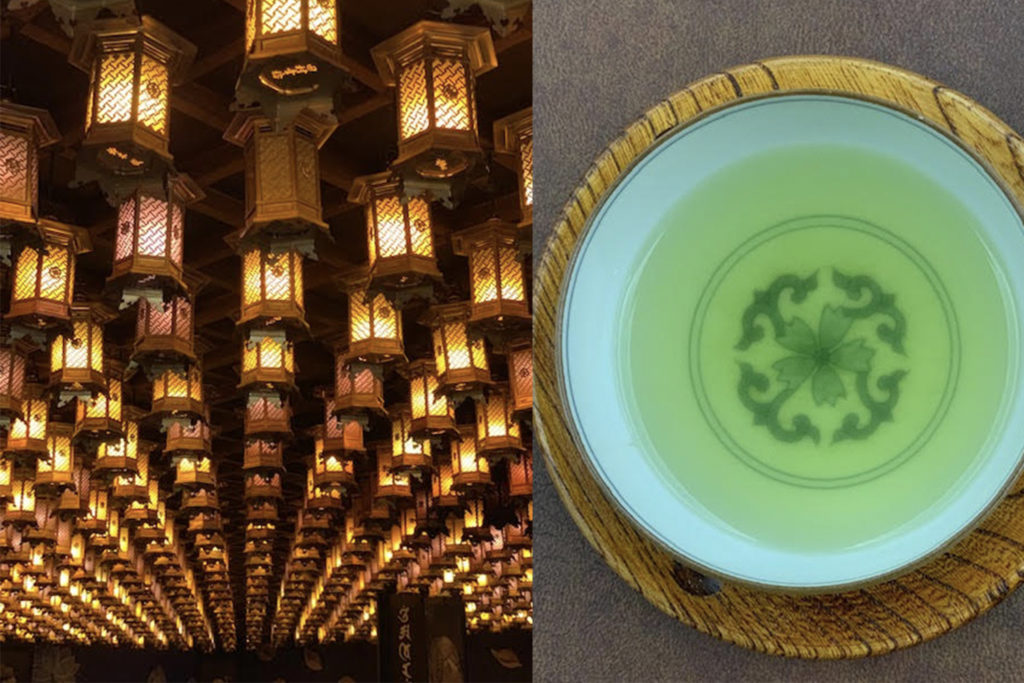 Here are some outtakes from my meanderings;

Since we knew nothing about The Kumano Kodo Trail, our first stop was to meet with a guide for a brief orientation before setting off on our own.  He presented us with a glorious map of the route, highlighted with all kinds of twists and turns, landmarks, teahouses and monuments to poets. He also gave us the Dual Pilgrim book, in which we would collect stamps along the trails as a record of our hike. The stamps are rewards for each shrine visited; every shrine and teahouse has a  ‘stamp collection bar’ with its own trademark stamp perched atop an ink pad, waiting for its next weary and proud pilgrim. And you can become Dual Pilgrims if you also hike the Way of St. James. A worthy passport indeed!

Embarking early the next day, I was beyond excited. I felt like I was ten years old again! As we traversed up mountain trails and down again, over rice paddies, farms and through tiny Japanese villages, we were treated to astounding sites including Shinto shrines, abandoned teahouses, Torii gates (the largest in Japan called Hongu Oyunohara) and poets’ monuments.

The map became a metaphor for my inner journey as I hiked the trail. All along the trail, besides gleaning remarkable insights into Japanese culture, I enjoyed deepening inner challenges, perhaps not so enjoyable at the time. When confronted with another rough trail, a downpour, carrying all of my possessions on my back (15 lbs) straight up the side of a mountain, I had to call on reserves in order to carry on.  At other times in the forest, there was almost a mystical quality to the looming trees and the quietude.  The map was a way to discover new things about myself and deepen long-standing questions: how can I help others more, relate more effectively to different cultures, and make a difference in our world.

The trail and its corresponding map became my internal labyrinth to greater self-knowledge and awareness. 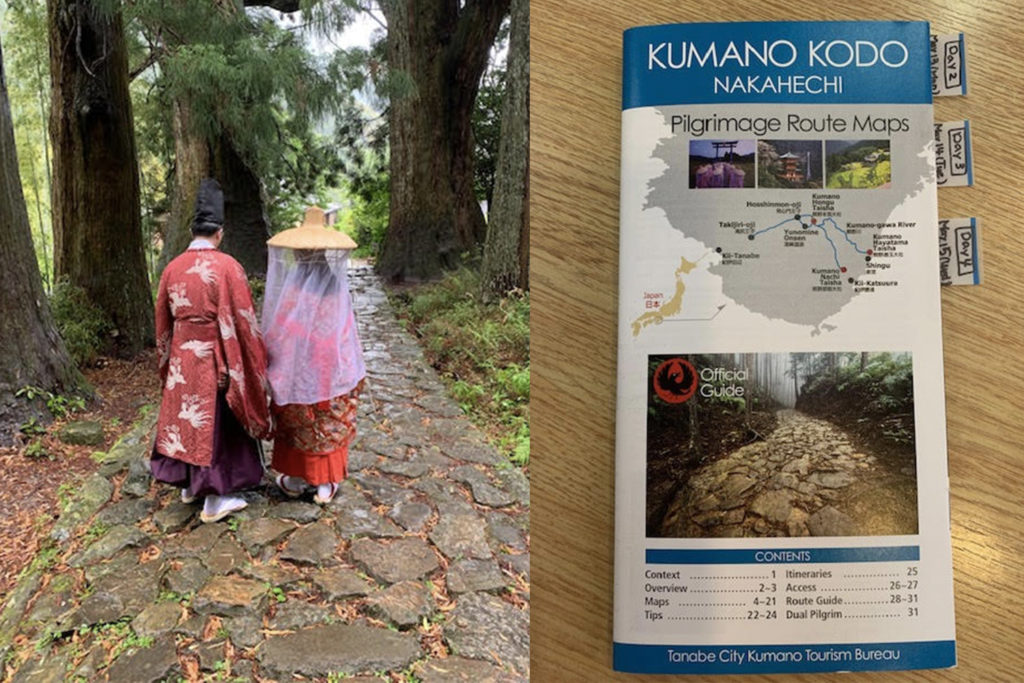 The original pilgrims adhered to rituals and prayers along the trail, seeking rejuvenation. One goal of the pilgrimage in days past was to rid one’s body and spirit of impurities from past and present lives. I could imagine them surrounded by the magical mountains, engaging in forest bathing, as the Japanese call it.

We started a few rituals of our own, my favourite being the day’s end delightful and essential onsen experience to soak away the aches from the trail.  In one tiny trail town called Yunomine Onsen, known for healing and regeneration, we stripped our clothes and dipped into his and her medicine baths.  The town is stuffed with traditional Japanese guest houses where you can time travel back into Old Japan.

Another ritual observed every time I return to Japan is partaking in the centuries-old Japanese tea ceremony in a 16th generation teahouse.  I won’t pretend that I understand all of the intricacies of the lovely ceremony, as I imagine one must partake many times to learn its inner-game unless born into the practice.  I have been told several things:  the ceremony is about grace and gratitude, staying in the moment, and our sense of impermanence… Simplicity and nature are observed while engaging both sides of the brain.  The host is hyper-focused on the perfection of presentation while pouring you a cup of tea from their heart.

The rituals performed by the pilgrims had me questioning some of my own.  I don’t worship at a formal place because I don’t believe I need rituals or have to go through an intermediary to talk to God to deepen my relationship.  I suppose nature is my physical place of prayer.  I still wanted to answer other questions to see if my daily rituals served me or needed to be eliminated and replaced with new.

A happy by-product of The Kumano Kodo Trail was that it sparked my imagination anew. All along the trail stood the remains of tea houses.  In the olden days, the tea houses made the trails more accessible to pilgrims. Sadly, now only ruins remain.  However,  I could imagine the inhabitants of the tea house glimpsing down the trail and seeing weary pilgrims in the distance.  Immediately they would set about preparing the tea to welcome the travellers into their humble surroundings. The teahouses could easily be converted into bedrooms to enable the worn pilgrims a much-needed respite on their journey. At one teahouse perched at Hyakken-Gura Lookout, where you can see the 3,600 peaks of the sacred Kumano mountains, we feasted on our bento box lunch and considered the misty peaks.  I drank in the view as others had for thousands of years, sitting in the stillness of the mountains, recalling my intention and thinking about those who have gazed out with marvel at the very same view. Far removed from everything and totally carefree, I was so grateful to be seeing such beauty.

There is a cobblestone staircase at the foot of Mount Nachi (where my favourite three-tiered pagoda resides) lined with centuries-old cedar trees.  The area is called Daimon-zaka, and it has a staircase of 267 stairs leading to the third Grand Shrine of Nachi Taisha. At a tiny shop, you can rent traditional high-end Heian period clothing and dress like an aristocrat. Once clad in your new finery, you can walk up to the Nachi Taisha Grand Shrine and the Seiganto-Ji Temple. What a lovely way to cast off your persona, observe ancient traditions, and step back in time. 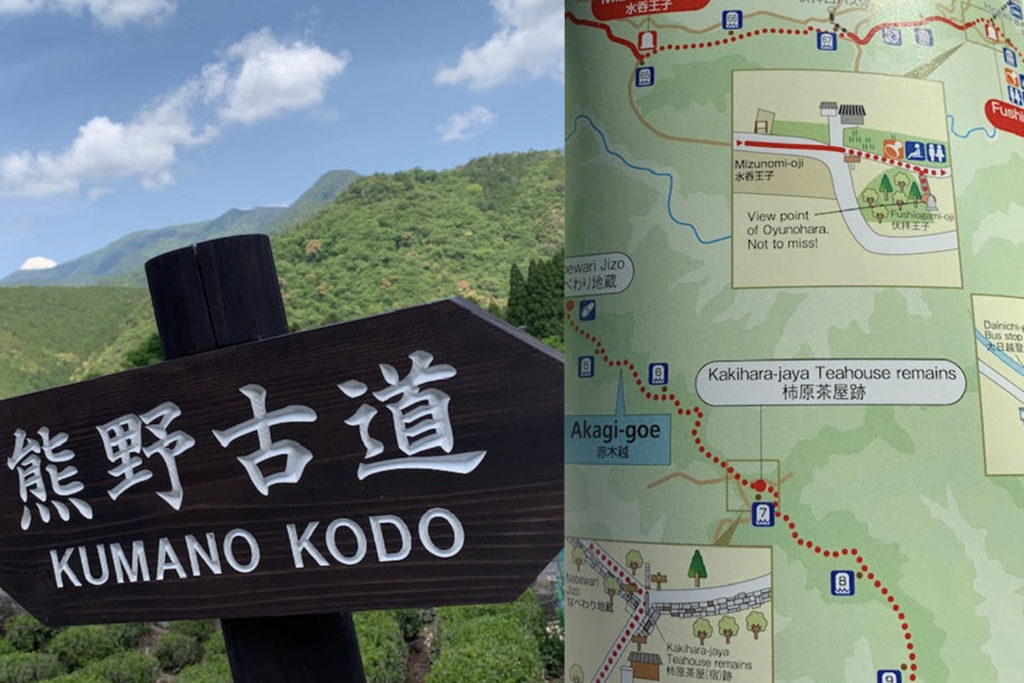 People from all levels of society hiked The Kumano Kodo Trail, not just aristocrats. Samurai warriors crossed paths with retired emperors, priests and commoners. The mystical atmosphere of the trails takes no note of race and rank. Like the earlier pilgrims, what release and rejuvenation were I seeking?  How would I follow in the footsteps of those who trod before me? Before I embarked on the trail, I set an intention. I knew I wanted to allow the void and rest in the sparseness so I could create conditions for what is truly meant to be in my life. I also wanted to deepen my relationship with my cornerstone, “an important quality or feature on which a particular thing depends or is based.”

In construction, the cornerstone is the most critical piece of the building.  The most resplendent bridge in Paris, Point Alexander III, had its cornerstone carefully laid by the son of Tsar Alexander III, Nicholas II.  So I always marvel when a house is in its inception stages, likening the process of rebuilding my own life.  In years past during a protracted period of harrowing life trials, I had a blueprint in my heart of what I wanted so I just kept praying, and board by board the outcome materialized.  The most important part of navigating that labyrinth was the reliance upon my cornerstone and supportive partner, God.  Everyone finds their own cornerstone, I suppose.   I just knew that on my journey I wanted to enrich my relationship with mine.  Of course, I didn’t have to travel to Japan and hike with 15 lbs. on my back to do so, but the quietude of the forests allowed new awe and wonder to blossom.

Seeking your cornerstone?  You don’t have to travel to Japan.  But the tiny details, such as the sprig of young cherry blossom on your pillow at night or the simplicity of staring at a Japanese rock garden can help lead to a transformation.

Joanne Socha is the author of The Red Bandanna Travel Book: The Medicine of Traveling, a lawyer turned Luxury Travel Advisor and Your Wanderess Host™. She mentors clients through their inner and outer journey to open their hearts and usher in lasting and glorious change into their lives.

9 Top Wellness Resorts in the Maldives for a healthy holiday 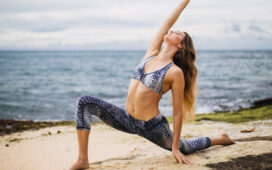 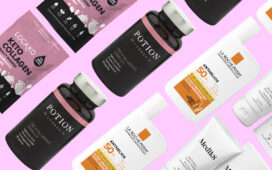 Lux List: Our best beauty buys for this week 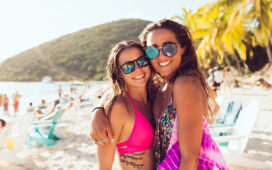 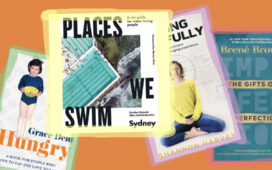 7 of the most anticipated upcoming non-fiction book releases 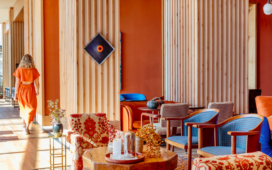 Head over to our website for delicious smoothie re

Ever wondered what plant medicine is all about and