The New Hybrid Hotels For Travel, Work, And Living

As the traditional definitions associated with travel, work, and living continue to expand and overlap, hoteliers are also rethinking their approaches toward the transient space. Beyond recreating the creature comforts of home within guest rooms and amenities, these hybrid hotels place an emphasis on culinary experiences, creative happenings, and communal spaces. They are geared not towards transitory tourists but rather towards promadic travellers—and dynamically bringing them together with local communities. We’ve rounded up eight of our top hybrid hotels for travel, work, and/or living. Nobis group is known for creating destinations, not just properties. Their newest location, Concepció by Nobis, in Palma de Mallorca does this through culinary delights. The restaurant Xalest puts both guests and locals at ease, offering a menu of locally inspired cuisine that marries chef Xema Álvarez’s Mallorcan heritage with the Spanish tradition of shared plates, while One Bar presents little-known regional wines and signature cocktails within a pool and patio setting. In Stockholm, Blique by Nobis is housed within a reimagined early-20th-century warehouse, where multiple restaurants and bars now serve as inspiring workspaces and casual dining outlets by day and lively destinations by night. The onsite Origo Bar hosts live DJ sets every Friday and Saturday, plus rotating exhibitions by contemporary art stars like Marilyn Minter. Located within former military barracks and an adjoining industrial warehouse, Eindhoven’s Kazerne hotel, and members club is a fully developed creative hub. Within guest rooms are newly created art and design pieces that are changed in relation to the onsite gallery’s rotating exhibition program, and expansive public spaces are designed in an open, fluid way to invite collaboration and the exchange of ideas. Beyond physical spaces, there is also the Kazerne Design Award, which supports recent graduates of the Design Academy Eindhoven, and the Kazerne Lab, a project that helps facilitate a professional network across diverse creative and economic fields. Elsewhere, K5 in Tokyo acts as both a creative and gastronomic center. The restaurant Caveman serves Japanese-, French-, and Danish-inspired cuisine alongside natural wines and beers, while Switch Coffee offers a laid-back café where concrete walls are softened with an abundance of verdant greenery. For further indulgence, Ao exudes a salon ambiance through the mixture of creative cocktails with an expansive library, and the Beer Hall is Brooklyn Brewery’s first flagship store in the world. Pop-up shops featuring the wares of local artisans are also frequently hosted at the hotel. 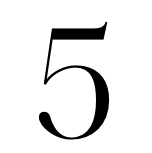 At Tsingpu Tulou Retreat in Zhangzhou, guests can experience the traditions of China’s past and present: Local masters, scholars, craftspeople, and experts in cultural heritage are often invited to the property to lead tours and hands-on workshops. Such events include porcelain and Tulou wood painting sessions at an onsite art studio, as well as gatherings in the kitchen that are focused on local specialties, including sour citrus tea and desserts like Hakka sticky rice cakes and taro balls. Eastern traditions are also centered at Perianth Hotel in Athens, which is home to the Zen Center Athens. Following the Soto Zen tradition established and recorded by its Japanese founder Dogen Zenji in the 13th century, guests and locals alike can participate in zazen (sitting meditation), martial arts, and yoga classes while learning about the philosophy.

As an Old-World upcountry homestead, Troutbeck in Amenia, New York, is an enclave designed for romantics, naturalists, and humanists. A library and sunroom in the main guesthouse offer plenty of space for rest and relaxation, while The Barns—a suite of standalone buildings spread across the property—turn the homestead into a wellness retreat for guests and members. Yoga, tai chi, and meditation are complimented by spa amenities, including multiple saunas, and treatments such as somatic experiences, acupuncture, and massages. Further south, Saint Lucia’s oldest cocoa farm in Soufriere has been transformed into Rabot Hotel From Hotel Chocolat by its namesake British chocolatier. Fourteen cottages are nestled within this UNESCO World Heritage Site, providing a natural playground ripe for visual, physical, and gastronomic experiences. Chefs use cocoa innovatively to complement everything from seafood to leafy salads and estate-grown herbs and fruit, while the Cocoa Spa harnesses the crop’s antioxidant powers in a decadent array of massages and body wraps.

Hotel of The Week: PULLMAN MELBOURNE ON THE PARK 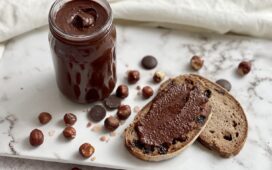 Win a 2-night sustainable retreat to Crystalbrook Byron valued at over $2,000

We believe self-care should never take a back seat

Paradise calling? We think so; now it’s the perf

Summer Hotspots Around The Mediterranean The Med

HOTEL OF THE WEEK: N Hotel Mykonos, a five-star be

Looking to dine with a view this summer in Europe?