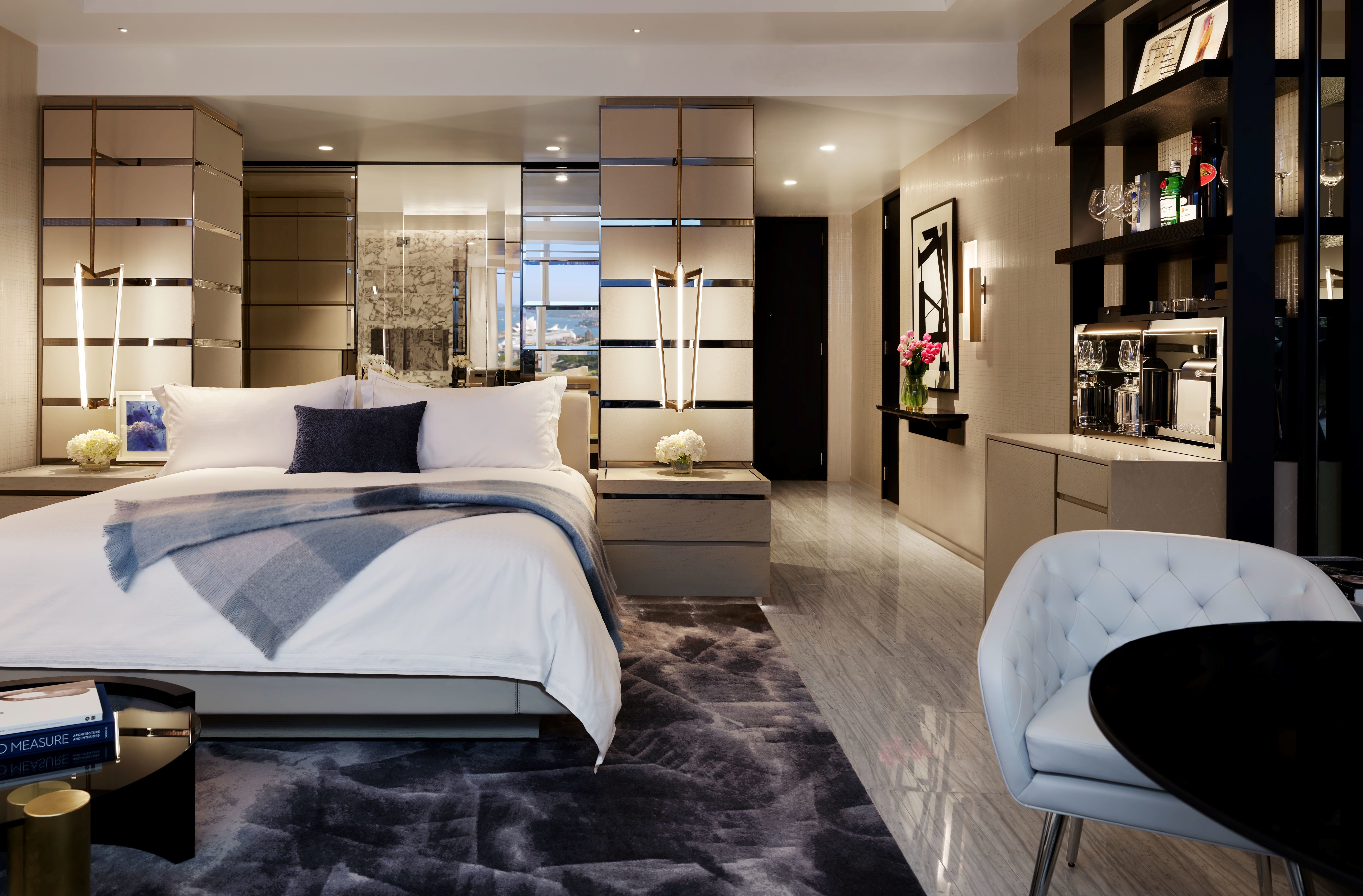 Crown Towers Sydney could be considered one of the world’s best hotels when it opens its doors this December, three months ahead of schedule.

Peter Crinis continued raising expectations by saying that leading international designers were recruited to “create something truly special” for the Australian property but with an international feel.

Could Crinis simply be doing his job and creating buzz in order to sell rooms? Or do Sydney’s existing 5-star properties genuinely have new levels of competition on their hands?

You be the judge with these first-look renderings and newly released detail: 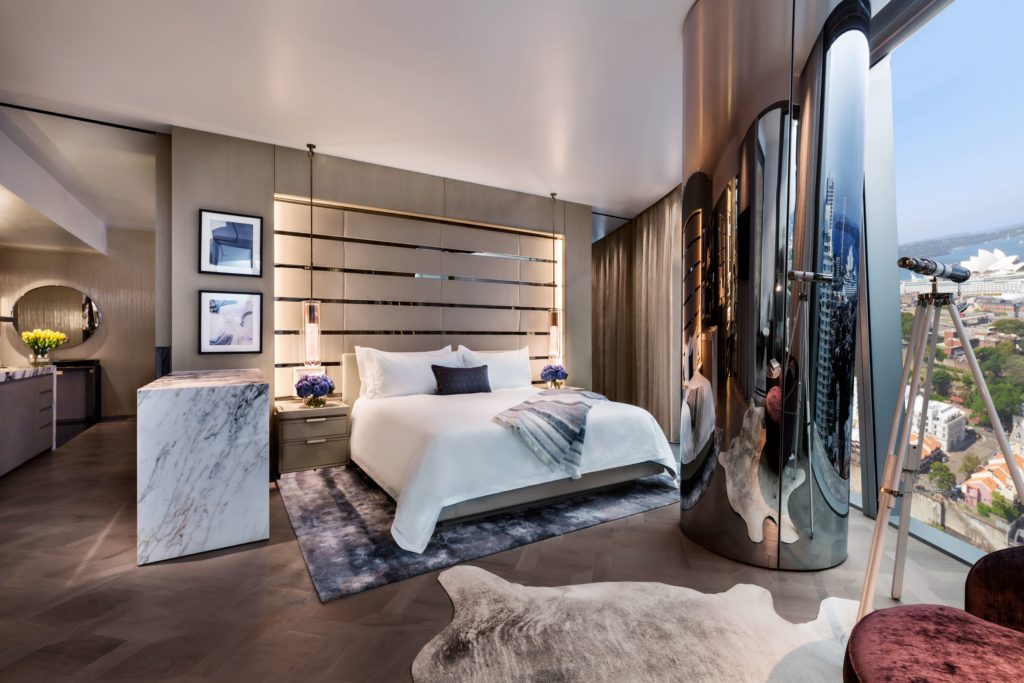 It may not be standing as high as the Sydney Tower, but it’s close.

Once complete, Crown Towers Sydney will be 275-metres high, making it the tallest hotel in Sydney.

Within the grand structure, guests will find 327 rooms, 20 villas and two premium villas.

Of the two premium availabilities, one will be truly unique to the city as the tallest, habitable space in the city that sits across two levels.

The premium villa comes with 125-square-metres of outdoor terrace space and features some of the best views of Sydney.

All rooms come with a view & custom-made baths 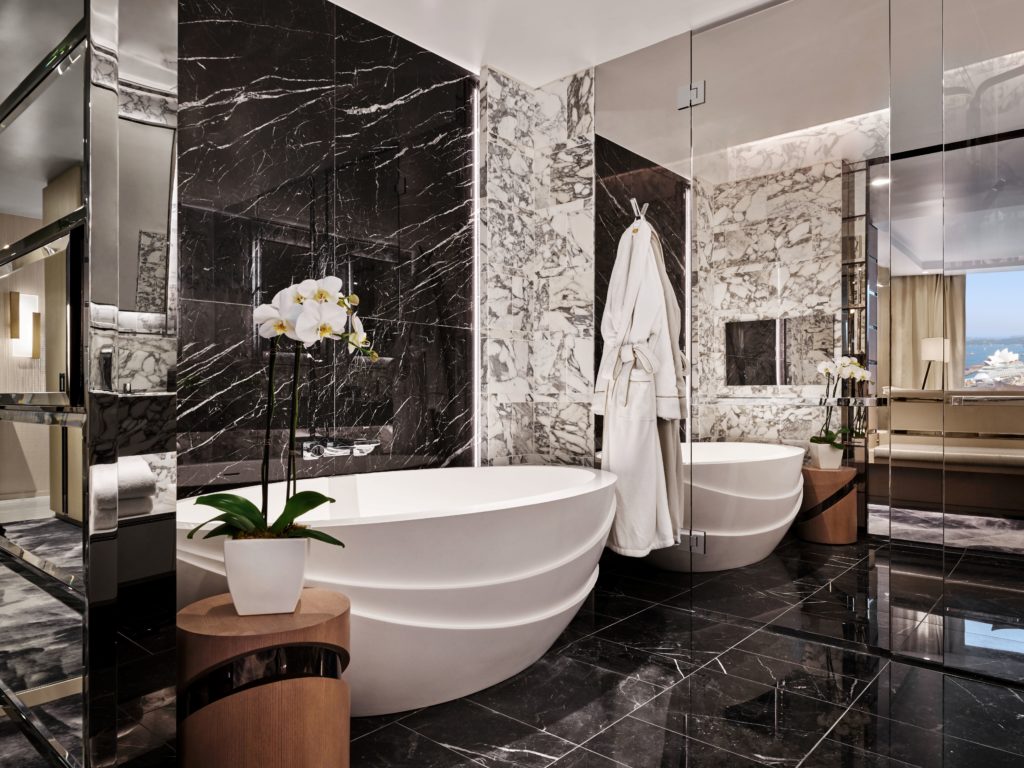 Thanks to the building’s concentric nature, all 348 floor-to-ceiling windows have views of the city.

Each room also features Ella Blue Marble walls, Nero Marquina floors and custom-made baths, while villas have their own Jacuzzis.

Take your shot by the Instagrammable chandelier & glassy exterior

Let there be crystallised light!

The hotel will feature crystal light pieces, including 50 custom made designs.

Okay, so it’s not as many crystals as worn by J-Lo during her Super Bowl performance, but it could be almost as impressive, particularly the eight-metre long chandelier by the staircase.

On the outside, the building will stand out from the rest with over 8,000 glass panels. Beautiful and it’ll reflect the surrounding harbour by day and night. 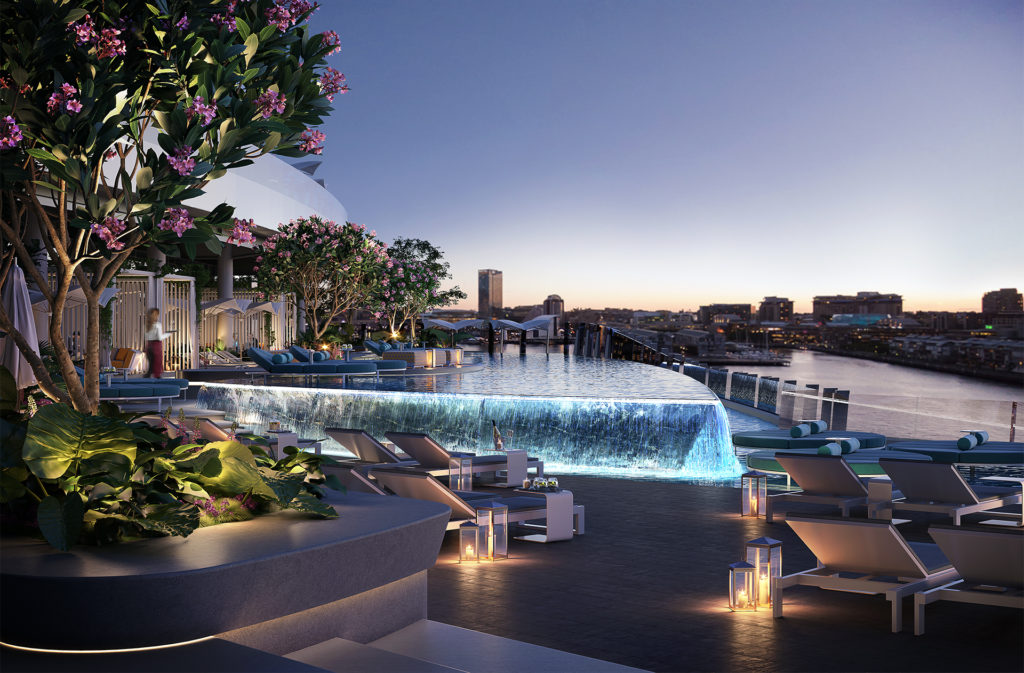 Treatment details have yet to be revealed, however, they’ll sit alongside a private fitness studio and an open-air tennis court.

For those who want to bathe in the Sydney sun, there’ll be a three-level infinity pool. Inspired by Balinese islands it sits alongside an outdoor terrace made up of day beds and cabanas.

So, what do you think? Best hotel in Sydney?

Find out for sure in December 2020, when the hotel officially opens its doors.

Q Station Manly: Sydney’s most haunted hotel has more to offer than ghosts

The Sebel Sydney Manly Beach: fresh as the breeze with a tropical vibe 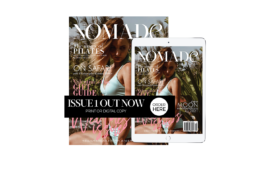 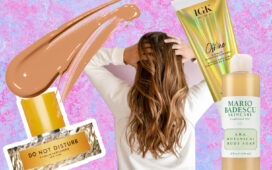 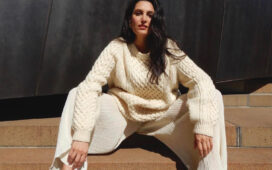 How To Master Life With The 12 Universal Laws 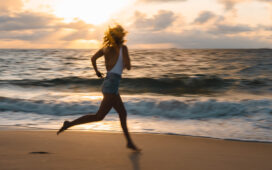 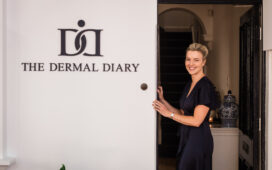 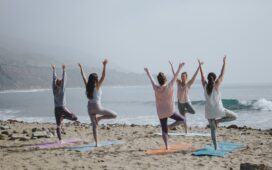 Top tips on setting health goals for 2021 (and stay motivated)

How To Master Life With The 12 Universal Laws Ch